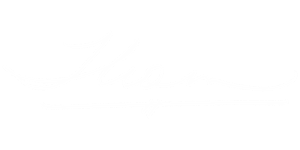 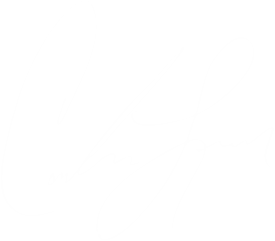 Dale Wilson arrived at Fender in 2003, joined the Custom Shop in 2005 and became a Master Builder in 2011. Building guitars has been a driving passion for the California native since childhood. “Ever since I can remember, I’ve always loved guitars,” he said. “I didn’t dream of being a rock star; I dreamed of building the ultimate guitar. I was equally enthralled with the guitars just as much as I was with the players.”

Woodworking runs in the Wilson family, and the requisite Custom Shop zeal for outstanding craftsmanship has long been part of Dale’s DNA. He did repair work and mods in a small guitar shop right out of high school in the late 1980s; subsequently moving on to stints at Dobro and Rickenbacker before arriving at Fender, where he worked on Guild, Gretsch and Benedetto guitars before beginning his apprenticeship with various Custom Shop Master Builders.

He enjoys calling upon his extensive and varied experience as a craftsman to create highly distinctive guitars such as the Resophonic Thinline Telecaster®. Wilson also built five beautiful custom guitars for the January 2011 NAMM Show while still an apprentice and was asked to sign the back of the headstocks, garnering him his Master Builder status.

Paul Waller is a Southern California native with woodworking and luthiery in his blood. He built his first guitar at age 14 in his high school woodshop, joined a cabinet shop right out of high school and, after a stint at a small Southern California guitar maker, enrolled at the acclaimed Roberto-Venn School of Luthiery in Phoenix, from which he graduated in spring of 2000.

Waller joined Fender in 2003. He spent two years working closely with master arch-top craftsman Bob Benedetto, and became steeped in the many facets of building techniques from all the Custom Shop’s Master Builders. After an extensive seven-year apprenticeship, Waller became a Master Builder in 2010.

A Custom Shop veteran and son of longtime Fender R&D legend Dan Smith, Jason Smith grew up on Fender—“It has always been in my family,” he said, “And I was always extremely interested in everything my father did.”

Born in Rochester, N.Y., and raised in California, Smith remembers meeting guitar greats from about age five on through his father’s work with Fender—Eric Clapton, Yngwie Malmsteen, Jeff Beck and Robben Ford, to name only a few. He went to his first big rock concert at age six—Rush—and Smith remembers going backstage with his dad and meeting Geddy Lee after the show. Before he was even in his teens, Smith was going to see Pink Floyd, ZZ Top and many other major artists.

Rock music and Fender are part of his DNA. Smith joined the Fender Custom Shop in 1995, and in 2006 completed a five-year apprenticeship under acclaimed Senior Master Builder John English. Among many diverse projects with English, Smith worked on a pair of double-neck Stratocaster guitars for Stone Temple Pilots guitarist Dean DeLeo. He has since crafted fine instruments for players and acts including John 5, Michael Landau, Flea, Josh Klinghoffer, Geddy Lee, Steve Harris, Reggie Hamilton, Linkin Park, Kenny Wayne Shepherd, Neon Trees and many others.

From handcrafting many of his own woodworking tools to showcasing his world-class luthier skills and custom inlay work, Yuriy Shishkov is truly one of the last of the renaissance guitar builders. It was in the small confines of a root cellar in his hometown of Gomel in the former Soviet Union that Shishkov got his start building guitars for friends and colleagues.

When he arrived in the United States in 1990, Shishkov settled in the Chicago area and collaborated with a range of top artists, including late shredder Dimebag Darrell of Pantera, Jimmy Page and Robert Plant of Led Zeppelin, Nuno Bettencourt, Robin Zander of Cheap Trick and Paul Stanley of Kiss. Shishkov joined the Fender Custom Shop’s Master Builder team in 2000 and has crafted truly magnificent instruments featuring exquisite detail and inlay work.

His guitar-building apprenticeship began in early 1981 at Jackson/Charvel guitars. Krause arrived at Fender in 1991 and steadily rose through several roles, including one-off instrument builder, R&D model maker, and woodworking machinist. He became a Custom Shop Master Builder in 1997 and has since created countless distinctive instruments, all of which embody his personal design philosophy: “Form and function are the biggest part of it,” he said. “It’s about the way an instrument sounds and feels. It has to look cool, and it has to compel you to play.”

Like Fender itself, Dennis Galuszka is a Southern California native. Combining his dual passions for music and woodworking, he began building high-end acoustic guitars during his 13 years as a cabinetmaker. As a working drummer, it was a 1999 audition with one of the Fender Master Builders that led to a job interview and a new kind of steady gig—as an apprentice at the Fender Custom Shop.

After only eight months there, Galuszka was promoted to Master Builder. He has since built finely crafted instruments for influential players including Paul McCartney, Andy Summers, Johnny Marr, Patrick Stump, Mike Dirnt, Sting and many others. He has lent his expertise to a number of truly distinctive instruments, including double-neck guitars and unusual takes on classic Fender designs, and several artist model designs. “It’s all about the feel and sound of an instrument,” Galuszka said. “Those things are number one with me, above everything else.”

Greg Fessler came to the Fender Custom Shop in 1990, working his way up through the ranks as an apprentice. He assisted with the Robben Ford signature line of guitars, eventually becoming the sole builder of those instruments and, later, Ford’s personal builder. Fessler has built one-off Stratocaster and Telecaster models for a host of players, including Joe Bonnamasa, Jeff Healey, Hank Marvin, John Mayer, Rhonda Smith, Neil Schon and Pete Wentz, to name only a few.

Fessler’s remarkable abilities as a Master Builder have earned him accolades from many Fender artists and from discerning customers worldwide. His meticulous attention to detail is exemplified in every instrument he creates, each of which is a perfect example of the intense commitment it takes to earn the title of Master Builder.

Ron Thorn brings decades of expertise in guitar luthiery, namely inlay
work, to the Fender Custom Shop. Thorn’s relationship with the Fender
Custom Shop team stems from his wildly successful inlay business,
Thorn Inlay — which has been the sole inlay provider for the Fender
Custom Shop since the mid-90s. He’s built more than 800 custom
instruments under the name Thorn Guitars, and will now build
exclusively for Fender Custom Shop effective immediately. Thorn is
among the first to assume the title Principal Master Builder — one of
the highest honors at the Shop and in the guitar building community.

Carlos Lopez received his first electric guitar – an American Standard Stratocaster – as a teenager, and hasn’t looked back since. The East Los Angeles native graduated from the Musician’s Institute Guitar Craft program in 2006 and was hired by Fender mere months later as an assembly builder. Promoted to the Custom Shop in 2007, he spent the next eight years in the Team Built division, honing his Fender chops and assisting Master Builders on various projects.

“I’ve learned from the best of the best, and I can’t put into words how special it is to be a part of such an iconic brand with some of the finest builders in the world,” Lopez said. “It truly is an honor.”

Originally from the Netherlands, Vincent moved to California in 2005 and began working for Fender immediately. After wearing a variety of hats in different departments, he started in the Custom Shop in 2012.

A 2-year assistant role with Stephen Stern at the Gretsch Custom Shop was followed by a 5-year apprenticeship with John Cruz. During this time, Vincent worked on many prestigious guitars, including the replica of Gary Moore’s ’61 Stratocaster, a 30-piece run of the Jimmie and Stevie Ray Vaughan 30th anniversary Stratocaster guitars, and most recently the Phil Lynott Precision Bass.

A musician himself, Vincent has always been a Fender fan. “There’s a certain feel and sound and look that is specific to Fender instruments, and that’s the reason people love them so much. To me that’s exciting, and to be part of a legacy like that is a dream come true.”